The ‘brief’ asked for a modern logo for a prospective hotel in Santa Fe, NM

The color reverence sent was an image of the rug below. 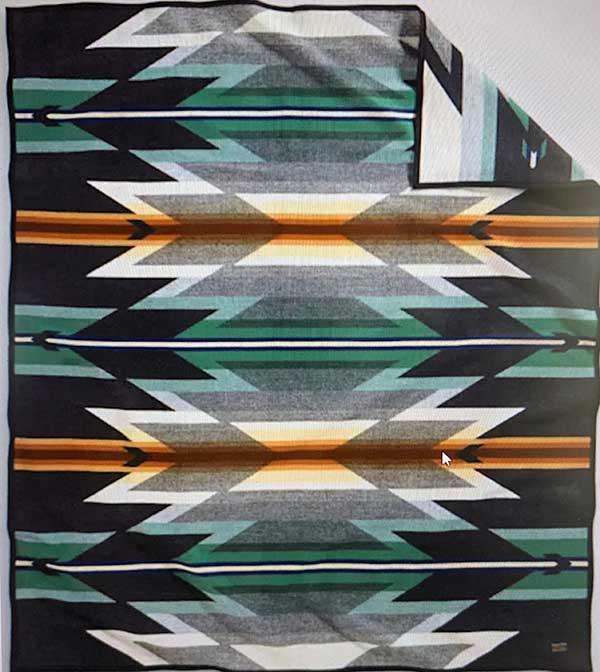 Below are the concepts provided by GWD.

Copyright belongs to Go West Design until final payment is made. Any reproduction of concepts is punishable by law nationally.

Signed proposal with the following was approved.

GWD will create a logo brand influenced by a modern interpretation of the southwest using a color story we interpret as:

a. Santa Fe’s history is carbon dated to a 3,000-year-old pueblo built along the Santa Fe Trail. The influence of the ancient pueblo cultures can be seen in the cities’ architecture today. The city took on a Europeanized transition to gain New Mexico’s statehood in 1912 but reverted to the pueblo style to retain the original culture before the Spanish arrived in 1500’s.
b. GWD will provide a one logo concept based in a pueblo influence. This will be reflected in an icon design and font choice.

a. GWD will create one graphical concept influenced by 16th century weaving designs from the 23 Indian tribes located in New Mexico. An angular graphic icon will be designed, paired with a modern san-serif font.

a. As the capital city, Santa Fe, is known as the “The City Different.” GWD will provide one ‘wild card’ concept, different from the other two concepts provided. 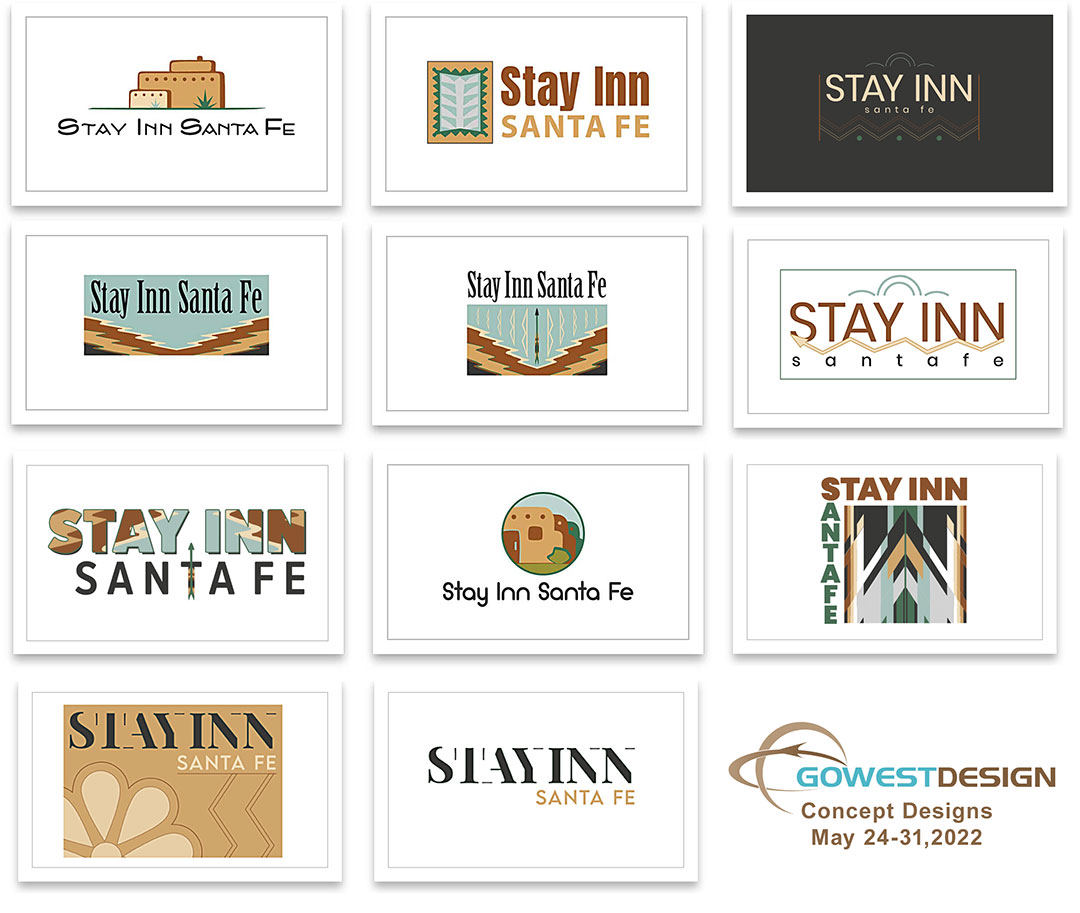